Identifying road crashes before they occur

EROAD has researched and created a new data algorithm called Dynamic Risk, that will enable transport authorities to move to a predictive programme of risk management to make efficient spending decisions that can improve road safety. 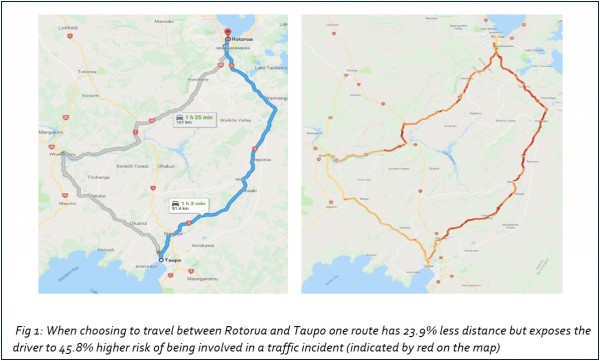 Driver behaviour gathered from over 9.5 million trips and collected through EROAD technology was anonymized, aggregated then analysed through an innovative algorithm that has resulted in a new way of identifying risk with unparalleled accuracy.

“We wanted to create a model that could predict where crashes were most likely to occur so that preventative measures could be implemented before those areas became known as high-crash risk areas” said EROAD’s Director of Analytics Gareth Robins. “When compared to traditional methods of risk analyses, our technology and new algorithm is an efficient and effective way of comparing multiple factors gathered from a range of vehicle types, giving unprecedented information on how our roads are being driven”.

The research looked at fatigue, frustration and familiarity, then compared these factors across the five classes of NZ roads.

Fatigue looked at the distance from where the vehicle started its trip. Unsurprisingly, this found that roads leaving State Highways in provincial areas were identified as riskier than other roads, because of the longer travel time taken to reach them. 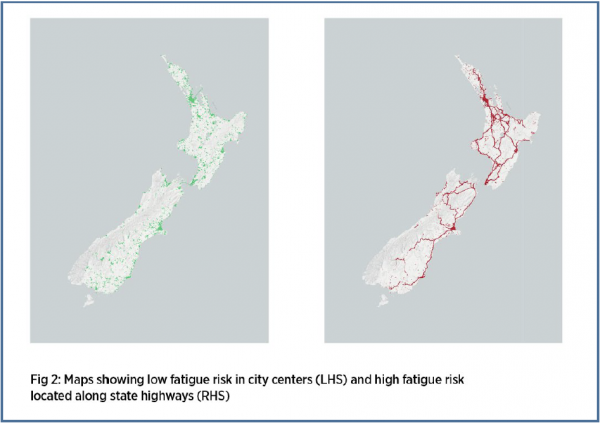 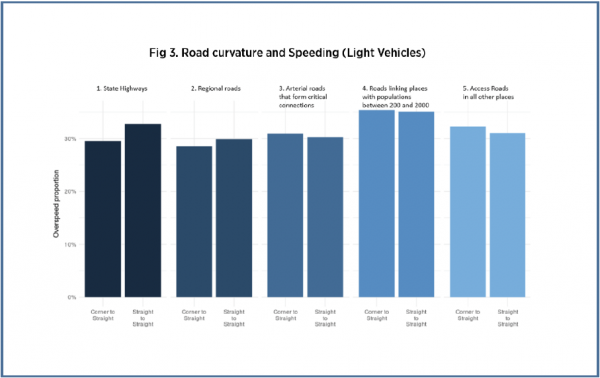 For familiarity the research focused on harsh braking and speeding, as known precursors to a crash, then looked at where these occurred in relation to the final trip destination. There were higher occurrences of harsh braking towards the end of trips, with 50% occurring within 8.6km of a vehicle’s destination.

These three factors, frustration, fatigue and familiarity, were then combined using a further algorithm that produced a level of risk for a defined segment of roading. This showed the level of risk of an incident occurring, known as the Dynamic Risk, and is shown in Fig 1.

EROAD is known for its technology solutions that manage vehicle fleets, support regulatory compliance and improve driver safety. The data collected is anonymised and aggregated for research use ensuring those who use the roads are influencing the design, management and funding of future transport networks.