Part of the Global Fleet Champions Awards held by road-safety charity Brake, the Australasian division recognises the achievements of organisations working to prevent crashes and reduce pollution caused by work vehicles. Organisations from New Zealand, Australia, and the Pacific running any size or type of fleet can submit themselves for any of seven awards or be nominated by others.

TIL Logistics Group won the Company Driver Safety Award,which recognises organisations that have implemented initiatives that enabledrivers to be safe, including safe driving education and awareness-raising initiatives. 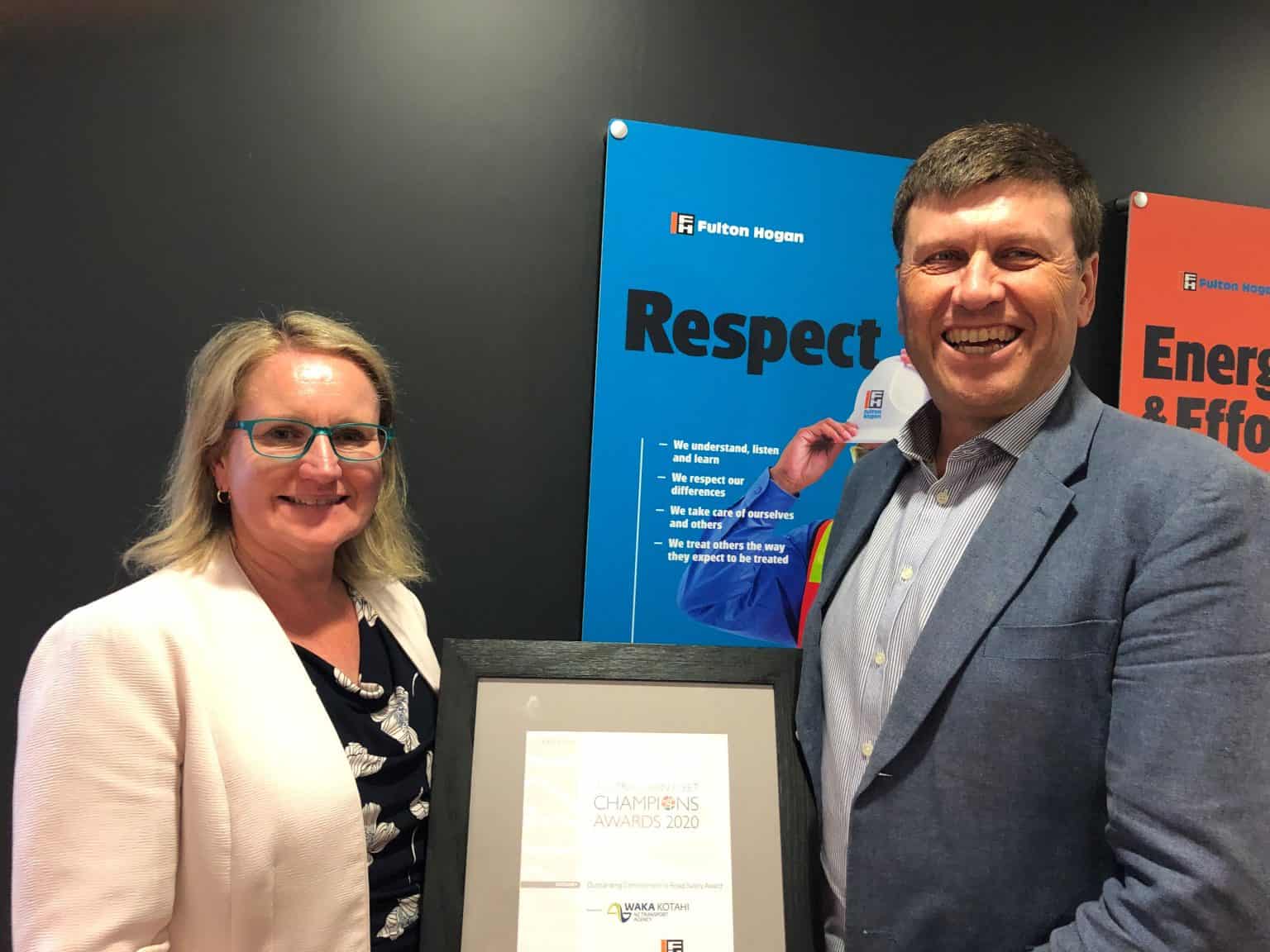 Dr Bryan Pidwerbesky of Fulton Hogan won the Outstanding Commitment to Road Safety Award for going above and beyond in terms of safety, not just within his company but also the wider community. Entrants in this prestigious category, sponsored by Waka Kotahi NZ Transport Agency, must be nominated by someone outside their organisation.

About EROAD
EROAD is an Auckland-based provider of integrated fleet management technology, designing and developing in-vehicle hardware and web-based value-added services, including secure payment for road user charges (RUC). Modernising road transport compliance by replacing paper-based systems with easy-to-use electronics, EROAD is the largest provider of RUC compliance in New Zealand and is listed on the New Zealand Stock Exchange (NZX) as ERD.